BRACE OF BSB TOP TENS FOR LAW AT THRUXTON

Benfleet’s Mason Law firmly proved his British Superbike Championship credentials on Sunday at Thruxton, taking a brace of top ten finishes on the GR Motosport Kawasaki ZX-10RR, with a best result of eighth place in race one. 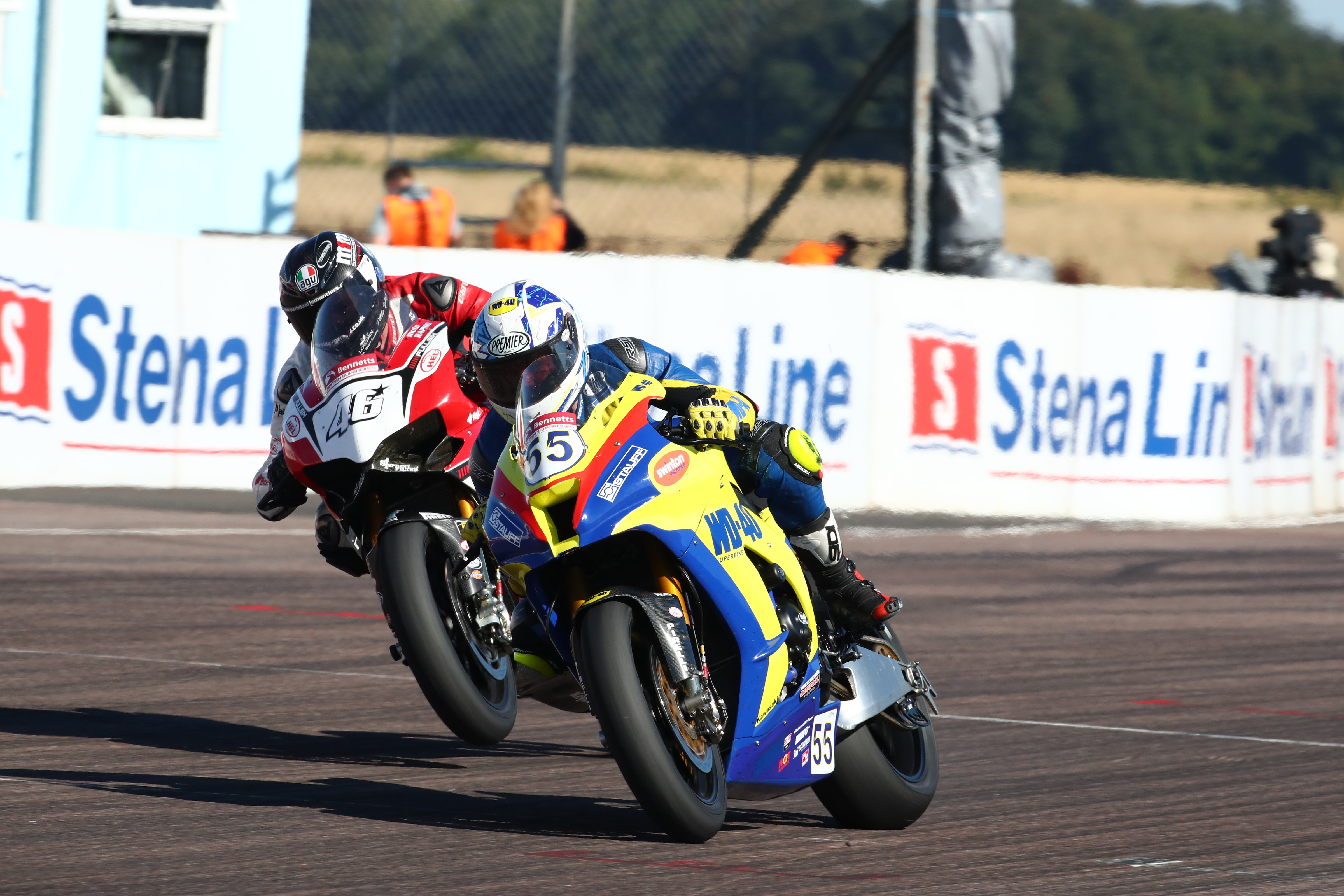 The BSB rookie then went on to take a fighting tenth place in race two at the ultra-fast Hampshire circuit, having impressively been embroiled in a race long battle once again with a number of established series regulars.

Speaking afterwards Mason said: “That was a very good round for myself and the team, and all in all I’m happy with the progress we made throughout the weekend. Thruxton is a really abrasive circuit and kills tyres, so that’s what we worked to conquer from the off and I had a good feeling from the opening free practice session.”

Having qualified eighteenth, which was disappointing for Mason, he said: “Qualifying is something we really need to work on, but I didn’t let it get my head down, and I got a good start in race one. I gained positions off the line and kept making progress and finished eighth.”

With his first BSB top ten in the bag on the Team WD-40 Kawasaki ZX-10RR, it was very much a goal to repeat that feat in race two. 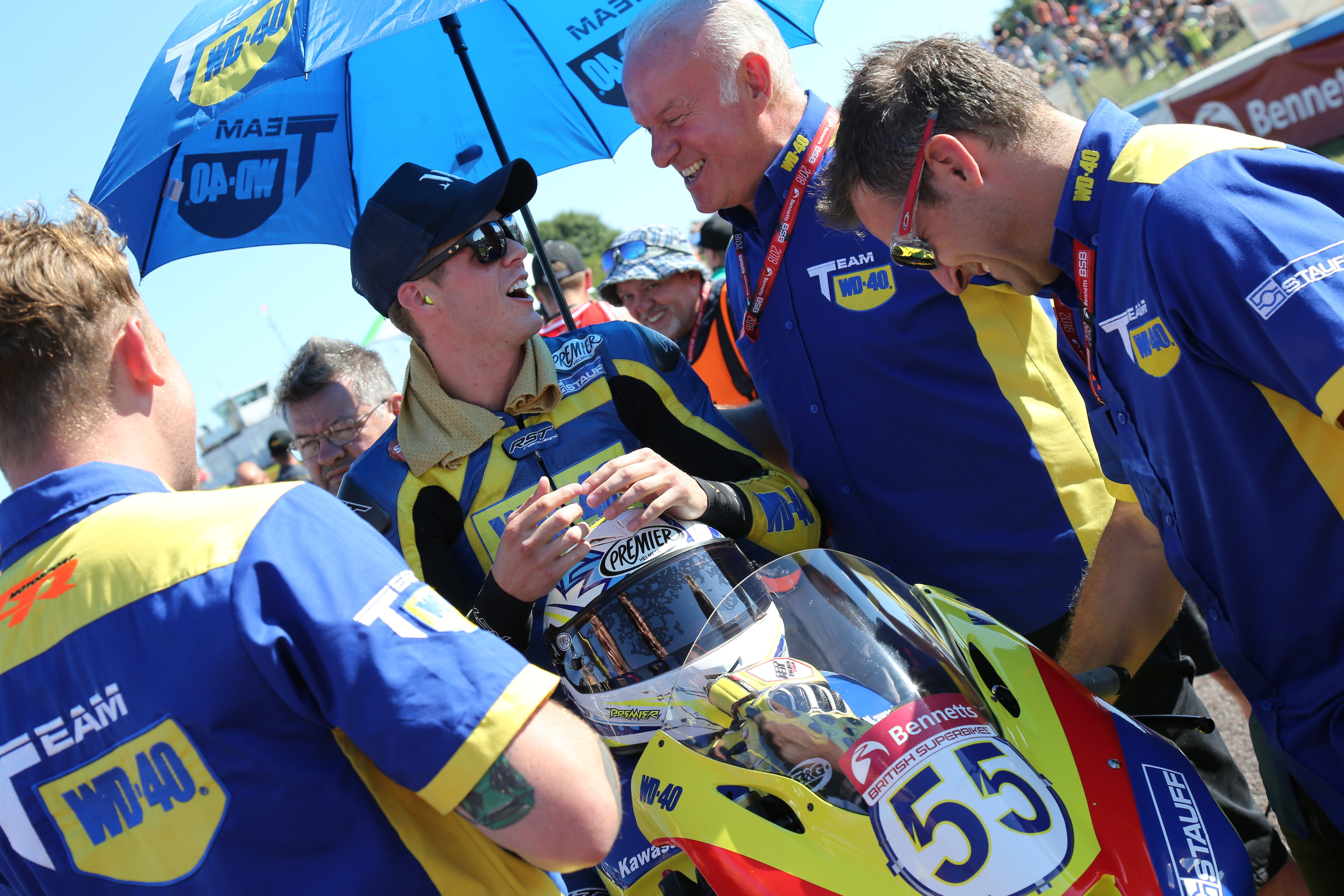 “We ran the softer ‘zero’ tyre this weekend and I knew that would be a strength of ours when it came to race day,” said Mason. “I was also confident and knew it would provide us with the pace to grab a better grid position for race two. It gave me confidence in my ability to go on and produce a lap time that would allow us to move up the grid.

“We made a change from race one for race two and having started the second outing in tenth place, I got a very good launch off the line. I had a really hard fight in a group that included some established BSB riders like Laverty and Bridewell and I really enjoyed it. To also to have the lead group visible in front of us was again very pleasing for me and a great feeling.”

Speaking of the race in detail, he added: “It was again all about nursing the tyre to the finish and in the closing stages I had a big moment and tucked the front through turn 3: the handlebars completely locked out. I thought, ‘here we go, we are going to exit stage left!’ but thankfully it gripped and I was careful enough afterwards, to know that I’d used the best of the front tyre. I had nothing left grip wise on the rear also at that stage, to really push in the closing stages. But to finish tenth, I was really, really happy with that.”

In closing he added: “The team did a great job all weekend and we worked through a process that allowed us to grind away and post these strong results, so full credit to Team WD-40. It was great to have our partners 1st Waste Management along this weekend, to enjoy the results with and we can really look forward to Cadwell Park now. Here’s to a positive second half of the season.”