POINTS SCORING FINISHES FOR THE OUTLAW AT SILVERSTONE DESPITE INJURY

Despite nursing the painful after-effects of a broken thumb, BSB rookie Mason Law raced to two points’ scoring finishes from the three race triple header on the Silverstone National Circuit at the weekend with Team WD-40.

Speaking of his weekend, the 22-year-old ZX-10RR Kawasaki mounted British Superbike ace said: “My weekend was quite tricky working around the injury and going into a new circuit layout at Silverstone, not knowing if I was going to be able to perform on the bike. 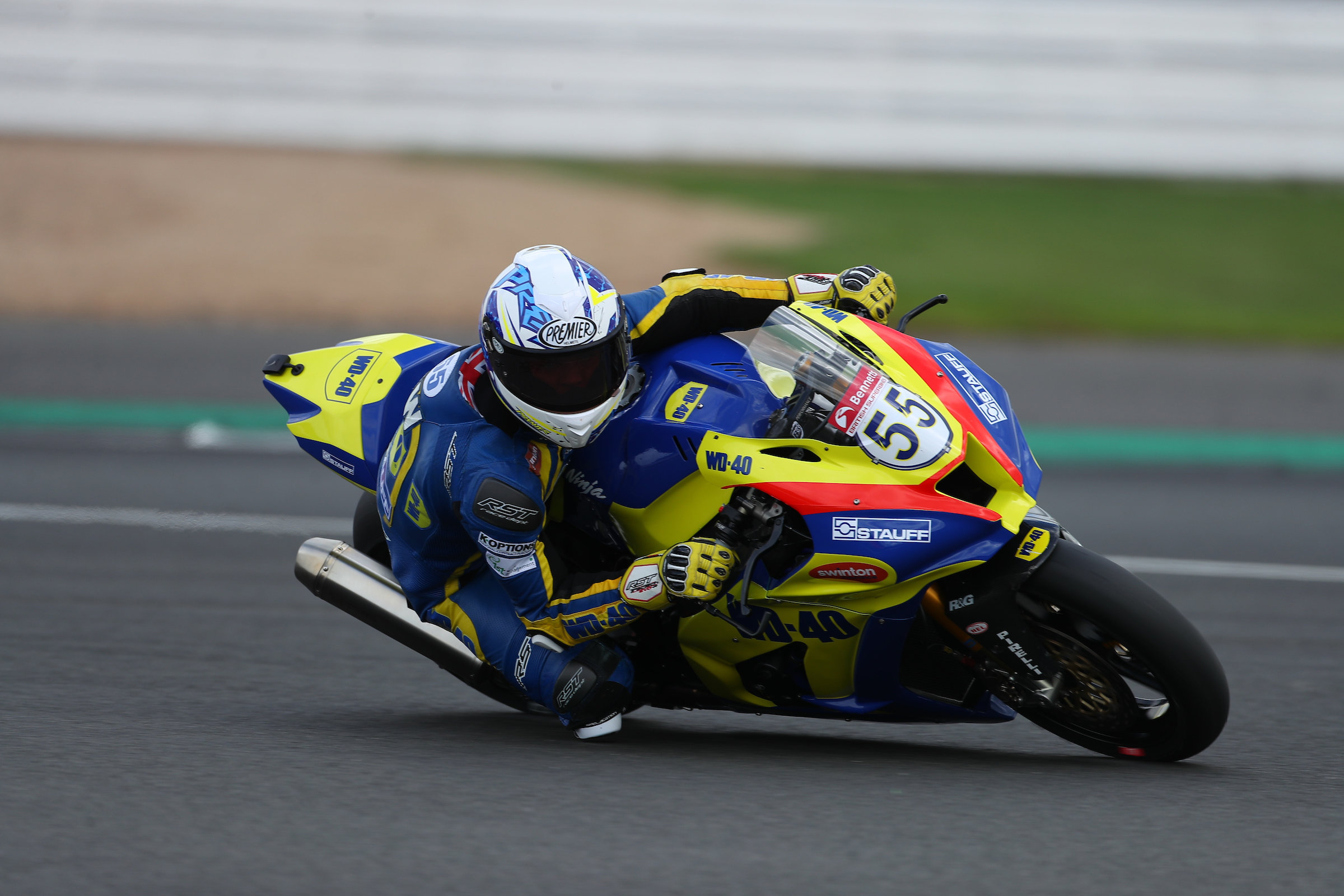 “I went to see my surgeon on the Tuesday and he okayed it to ride, even though the thumb was still fractured. That surprised me as I also saw the X-Ray and was maybe wasn’t quite so convinced, but he’s the expert, so I took his word for it and prepared myself to get stuck in.”

After being passed fit on Friday morning Mason was ready for the opening free practice sessions, which he coped quite well with despite the tight and committed layout of the circuit.

“The thumb didn’t feel too bad to be honest and on Friday we completed over 80 laps. It was plenty strong enough to ride a bike and that please me going into a busy day on Saturday with qualifying and the first of the weekend’s three races,” he said.

Speaking of the 1.6-mile Silverstone National Circuit he added: “It was a weird one for me on the new Silverstone National Circuit. I was strong in the first two sectors and enjoyed it, but struggled a bit in the final sector. We changed the bike throughout the weekend and in race three I finally found a setting that I enjoyed, and it showed in the consistency of the lap times.”

Adding some substance to his explanation, he said: “I believe the area I struggled with, was track precision, and that was purely down to the thumb. There’s a tight right hander leading into a really fast right hander, and I was struggling with hand strength through there as the weekend went on, with a bit of fatigue.”

Recounting his races, he went on to say: “In race one on Saturday I had a bit of a moment and flicked myself out of the seat. That jarred the thumb which was horrible. It left me riding too much inside the limit dealing with the pain, before I was able to find some pace again, but unfortunately at that stage I was right off the back of the group and finished 16th.

“Race two on Sunday morning we improved, but my starts hindered me, as I was down on row seven and I even got punted off the track at one point during the weekend,” said Mason, who finished Sunday’s first outing in 15th.

Race three made up for all the hard work,” he said. “I got a good launch off the line in the re-start and put myself in a strong position, taking a few places from my main rivals on the opening lap.

“I felt really comfortable on the bike, so a big thanks to the team and my GR Motosport crew for that. I kept chipping away and eventually finished thirteenth. Even more satisfying was being able to hold off Gino Rea for the duration, instead of having a lonely race, and I also closed the gap to the guys in front which was also pleasing.

“I’m happy how it went as I didn’t even think I would have raced at Silverstone and we now have a few days to rest up and prepare for Oulton Park this coming weekend.”

This weekend’s action at Oulton Park gets underway on Friday with both 18-lap British Superbike Championship races on Sunday at 1.35pm and 4.35pm